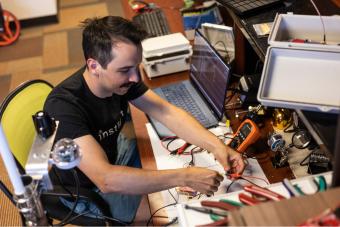 Many Mines alumni start their own businesses at some point in their careers, often drawing on the skills they gained at Mines to help them get their companies off the ground and find success in a competitive business market. Now, Mines is doubling down on those skills with more entrepreneurship and innovation opportunities for students to pursue during their time on campus to get a head start on building businesses, creating products and working with real-world investors to help their ideas become a reality.

For Trevor Bachand ’22, deciding to cofound a startup was a scary but rewarding process, and it was Mines’ available resources and support that helped guide him through starting and running a business. He was able to learn from and lean on a community of entrepreneurs—and even got a dedicated space to pursue ideas.

We sat down with Bachand to learn more about his entrepreneurial journey and the support he found at Mines to help kickstart his business. Here’s what we learned.

A corporate career path wasn’t for him, and founding a startup better aligned with his personal values and ambitions.

As Bachand worked toward completing his bachelor’s degree in electrical engineering, he accepted a co-op with ExxonMobil. He loved the hands-on work in the field, but he soon realized working for a large corporation wasn’t his ideal work environment. Near the end of his co-op, he was introduced to Ashwin Datta, an environmental engineer with an idea for a company called Instinct Environmental that uses data science to improve land and natural resource management.

“I like being outside,” Bachand said. “My job right now is being an electrical engineer who spends a decent time in the woods messing with sensors and working toward the goal of better managing and maintaining places I care about.”

Starting a business shouldn’t be done lightly, but the rewards are worth the challenges.

Trying to launch a business while completing his degree was overwhelming for Bachand at times. “In my last semester, I was taking nine credit hours—the minimum course load—and I had class two days a week,” Bachand said. “I was working nonstop and trying to prepare for investor meetings, traveling all the time, trying to graduate and just be a human being.”

It was difficult to manage the demands of a young company, and Bachand thought about quitting multiple times, but he said the payoff and the joy he gets out of the work is worth it.

“There’s nothing like working on something for weeks and weeks and seeing something that has gone from an idea in your head to solving a real problem,” he said. “Finding the answers to problems, getting a better understanding of the challenge and product that we’re building is great. It’s so much fun.”

Finding a community with others who know the challenges of entrepreneurship was key to overcoming the stress of creating a startup.

Bachand learned pretty early on in the process of building Instinct Environmental that he couldn’t do it with just his cofounder—he needed a larger support system of experienced professionals to lean on. Bachand and Datta were part of a startup accelerator called Techstars based in Boulder, Colorado, to learn the basics of running a business, pitch to investors, raise money and more, and soon found a group of people who understood the unique highs and lows of entrepreneurship.

Eventually, Bachand approached E&I leaders at Mines to gain more support and utilize the resources set up through the E&I ecosystem on campus. Mines offered the fledgling company a space to work and access to experts who offer real-world advice and feedback.

“Everybody wants to help, and that’s really cool,” Bachand said. “I’ve met people who founded similar companies and will drop everything to help me debug a problem. We’re all just trying to make something we’re passionate about, so everyone’s really excited and uses their skills to help when they can.”

And by working on campus, Instinct Environmental is able to save money, gain access to skilled engineers and network with the right people. “Every cent we make goes toward what we’re building and not paying rent on office space and upkeep,” Bachand said. “That’s given us more runway, and the relationships we’re able to build are really helpful.”

Bachand’s advice for others thinking about starting a business: Just try it.

“If you have an idea and think it could be a business, reach out to people who have done it in the past and ask for their feedback,” he said. “There’s no right way to do it—your journey is going to be different than mine and from everyone else’s. Go to the E&I group and be open and honest about your needs and understand that people want to help you and see you succeed.” 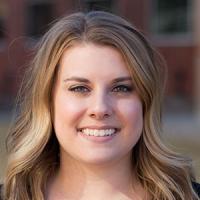 Editor, Mines Magazine
303-273-3959
aspurgeon@mines.edu
About Mines
Colorado School of Mines is a public research university focused on science and engineering, where students and faculty together address the great challenges society faces today - particularly those related to the Earth, energy and the environment. 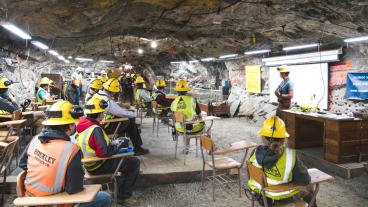 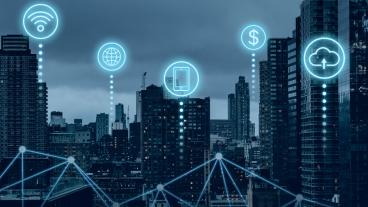