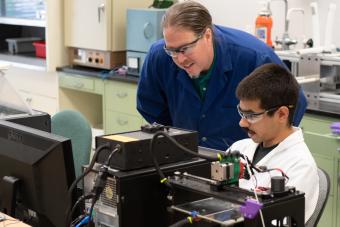 Jeff King, professor of nuclear engineering at Colorado School of Mines, has been awarded $800,000 by the U.S. Department of Energy for research that will aid in the development of nuclear microreactors.

King will use neutron radiography techniques to provide necessary data for understanding the transient behavior of metal hydride moderator materials at high temperatures. King’s project is part of more than $24.3 million awarded through the DOE’s Nuclear Energy University Program.

“This is a great opportunity to demonstrate our expertise in multiscale nuclear engineering work,” King said. “We’ll be working on everything from the microscopic structure of materials up to the long-term performance of reactors.”

Microreactors are small kilowatt reactors that are intended for small operations. Places like remote military bases, small towns in Alaska or isolated oil fields are ideal locations for these reactors – places that need a large amount of power and don’t have an easy way to get fuel or use an alternative energy source.

The applications of these reactors are varied, but one field that can be positively impacted and meshes well with research already being done at Mines is space resources, King said.

“There comes a point in space exploration where you need lots of power over a long period of time, and the only tech that provides that is nuclear,” he said. “There are places in space without sunlight, so you can’t use solar power, and the only viable source of power for the long-term is nuclear.”

For this project, King and his team will be using facilities at the Denver Federal Center. King is the lead on the project, with collaborators at Knolls Atomic Power Laboratory and Los Alamos National Laboratory.

Together, they’ll be working on gaining an understanding of hydrogen transport in zirconium and yttrium hydrides in a nuclear reactor system. A key component of the system is a moderator that slows down the neutrons produced by the fission chain reaction and makes the reactor more efficient. As King explained, most reactors use water as the moderator.

“For nuclear reactors being used in space or microreactors used on Earth, because these systems operate at higher temperatures and different environments, we have to look at things other than water,” King said. “But there are a lot of unknowns about the transport of hydrogen in those materials. We’re seeking to understand that process at the microscopic level and then applying that to understanding the long-term reactor behavior.”

King explained that some of the research in this project is very detailed and specific, but the knowledge gained will be crucial to creating microreactors and finding viable power solutions for different environments.

“Mines is really well positioned to be a significant player in space nuclear power and education in that sector of energy,” King said.

A workshop on how academia can interact with space nuclear is also being planned for the near future. 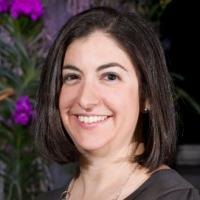