"Since his arrival, President Johnson has shown tremendous support of Mines student-athletes and has been highly involved in RMAC business. We appreciate his willingness to lead the RMAC for the next two years and look forward to working closely with him."

The Executive Committee is responsible for making interim decisions and instituting immediate actions in emergency situations which involve the best interests of the conference, active member institution, or a student-athlete. They also recommend to the Presidents' Council any legislation, eligibility rules, regulations, or policies, along with several other duties.

"I look forward to serving the RMAC as chairman of its executive committee," Johnson said. "It is a pleasure to work with other university and conference leaders who share a deep commitment to the Division II student-athlete philosophy and success of the RMAC as one of the nation's premier NCAA Division II conferences. We all benefit from a strong conference and the ways in which collegiate athletics provides a great platform at our universities for academic success and personal growth, as well as strengthening community and building university pride."

Johnson joined Colorado School of Mines in July 2015 as the institution's 17th president. Prior to joining Mines, Johnson was dean and professor in ASU's Fulton Schools of Engineering and a senior research engineer at Shell Development Company. A chemical engineer with degrees from the University of California-Davis and Princeton University, Johnson's professional activities have focused on the management and restoration of contaminated groundwater. Colorado School of Mines is world-renowned for producing highly sought-after scientists and engineers, innovations and objective analyses, especially in fields relevant to earth, energy and the environment. Athletically, Mines has produced four consecutive RMAC All-Sports Competition Cup victories, 33 RMAC team championships, and one NCAA Division II team national championship since Johnson became President.

Athletics
University
About Mines
Colorado School of Mines is a public research university focused on science and engineering, where students and faculty together address the great challenges society faces today - particularly those related to the Earth, energy and the environment. 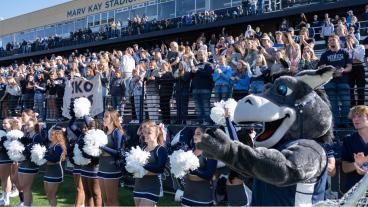 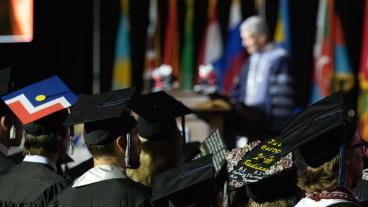