On this Veterans Day, Mines' military connections are as robust as ever

In 2022, Mines was listed as a best-of-best military-friendly school for the fifth straight year by U.S. Veterans Magazine. It’s a feather in the cap of the school’s rich, near-150-year history of connecting with the U.S. military.

In 1873, Civil War captain George West led students through military exercises on what was then the “University Schools at Golden” campus. A year later, when Mines was founded, Military Science was one of its first three departments. For decades, Mines was called “The West Point of the Rockies” by aspiring students and “The backbone of the Corps of Engineers” by Army generals, because so many Mines engineers were part of it.

Fast forward to 2022. Mines faculty receive millions of dollars annually in Department of Defense research awards—$40.5 million from 2015 to 2021. Military branches and active-duty personnel contract with Mines to conduct research with experts at our exceptional facilities, including the Edgar Mine. And the school draws undergraduate and graduate students, including veterans and active-duty military from all branches, to gain an extraordinary education requiring the same rigor and determination military service requires.

“Mines has an exceptional reputation for developing knowledgeable and adaptable engineers that can work in teams to solve the nation’s toughest challenges,” said David Ray ’91, an ROTC veteran who retired from the Army Corps of Engineers after 28 years of service. “It’s important for current Mines students to be aware of and have an appreciation for the contributions that Mines graduates have contributed to the nation through service in all the federal agencies.”

In 1919, Mines was one of the first four schools in the nation to establish a Reserve Officer Training Program (ROTC) under an authorization from the U.S. War Department to train graduates for the U.S. Army Corps of Engineers. Its precursor, the 115th Regiment, was established in 1909 as one of the first engineering-focused infantries in the country, constructing and repairing roads, bridges and camps in France during World War I.

Every male student at Mines was required to enroll in ROTC until the early 1970s, and the school has produced more Army and Air Force officers (more than 2,500 to date) and received more accolades than much bigger schools.

“The ROTC program has maintained its status as a well-respected organization on campus, and we produce really great leaders and officers,” said Capt. Austin Wesley, U.S. Army engineer and assistant professor of military science.

Wesley leads the Mines Army ROTC program, which this year includes 40 students from Mines, Colorado Christian University and Regis University. The program is part of the Golden Buffalo Battalion at CU Boulder, which brings together both Army and Air Force ROTC from 13 Colorado campuses.

Cadets participate in physical training, military science classes and a lab weekly, with first- and second-year students gaining the skills they’d learn in basic training. Junior year focuses on leader development to meet the Army leadership requirements. Seniors then run the program with supervision to finesse their leadership skills before they become commissioned officers.

ROTC graduates serve four years of active duty or six years in the National Guard in exchange for college funding.

“Cadets have a lot of flexibility about what career they choose,” Wesley said. “We have majors from all across campus, including nuclear, mechanical, civil and materials engineering. The Army wants engineering officers, but there’s less emphasis on that today. Our goal is to produce people who are happy in their careers.”

Many Mines ROTC cadets come from a family with a long history of military service, but others want to pay for college and serve their country. “ROTC brings students structure and discipline that they wouldn’t have otherwise,” he said. “Getting up and working out early in the morning even when it’s cold outside can build a lot of character.”

Wesley said the program loves to work with Mines alumni.

“We’re always looking for mentors and class speakers,” he said. “Cadets love to hear alumni tell their stories, even if it’s from 20, 30, 50 years ago. It gives them different perspectives about what their military career can be.”

Dan Holt came to Mines after nine years in the U.S. Navy, where he served six years as an electronics technician in the Naval Nuclear Power Program, then as a recruiter. During that time, he attended ASU online. He was able to transfer those credits to Mines and get credit for his military work experience.

Holt is president of the Mines Veterans Alliance, an organization founded in 2016 that acts as the voice of veterans on campus and builds community among students. In 2020, the Alliance started the Veterans Resource Center at 1607 Washington Ave. It gives veteran students a place to hang out, study and enjoy free coffee and other amenities, but it’s meant to be the place students come for resources.

To make that happen, Holt is trying to start a work-study position to ensure the Resource Center is staffed consistently. The VA-funded position would help veterans find resources at Mines and in the community, answer questions about benefits and more.

“Our big goal is making Mines more marketable to veterans and military personnel who plan to seek higher education,” Holt said. “We’re a small school, which puts us at a disadvantage. But what Mines offers in terms of education needs to be more well-known.”

Holt and his team are working to rebuild membership after COVID-19, and networking and social events are a big part of that.

Career Day spurred a new idea for the Alliance, called Boots to Suits. The initiative would start a fund for veterans who need help buying business attire for interviews and networking.

Holt, who is studying computer science and expects to graduate in 2024, said veteran students can look a lot different than a typical Mines student:

They are more likely to have worked for a while, and are coming to Mines to grow their skills or change career paths

“Veterans bring a perspective and experience that normal college students aren’t familiar with like humanitarian work and arduous duty abroad,” he said.

And while many veterans are using their GI Bill benefits to attend Mines — since 2017 1,100 students have — that funding only goes so far. The military pays for an annually adjusted amount of tuition, stipends for books and living expenses for 36 months. STEM students can extend that time by nine months, but that’s first-come, first-serve.

“Seeking education after getting out of the military can be tough,” he said. “You try to get the best bang for your buck. Mines gives you that, but it’s expensive.”

Many veterans have already used benefits for other education, leaving a big financial gap. They likely don’t qualify for Pell grants and need-based aid because their pre-Mines income and GI Bill benefits put them above the financial cut-off.

“This is where scholarships would really help,” Holt said, “Many of our veterans have families, and they are sacrificing a lot to come to Mines and make a better life for them. Gap funding to help cover costs during semester breaks is also important.”

Holt said Mines alumni, veterans or not, are always appreciated. “We love to see them at our tailgates and have them come by the Resource Center. Sometimes they bring us snacks. We would love to have them help with Boots to Suits, and to help with other funding like scholarships. Mines has always respected its veterans, and that’s even stronger today.”

To support the Military Veterans Alliance’s Boots to Suits program, scholarships or other projects, contact Amy Kusek at the Mines Foundation, akusek@mines.edu. 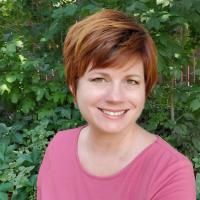 Advancement Communications Writer, Colorado School of Mines Foundation
303-273-3579
lynnclark@mines.edu
About Mines
Colorado School of Mines is a public research university focused on science and engineering, where students and faculty together address the great challenges society faces today - particularly those related to the Earth, energy and the environment.
‹ › ×
‹ › ×