Claire Thomas, one of 40 members of the Brooke Owens Fellowship Class of 2020, will spend 10 weeks working at Made in Space, a company developing manufacturing technology for space, and receive mentorship from aerospace industry veterans. 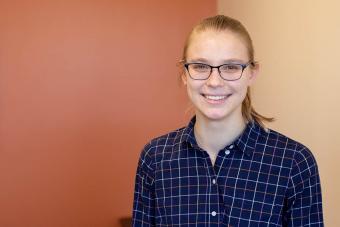 A Colorado School of Mines mechanical engineering major has been awarded a prestigious fellowship that provides undergraduate women and gender-minority students with paid aerospace internships and executive-level mentors.

Claire Thomas, one of 40 members of the Brooke Owens Fellowship Class of 2020, will spend 10 weeks in Jacksonville, Florida, working at Made in Space, a company developing manufacturing technology for space.

It’s a great fit for Thomas, who’s interested in in-situ resource utilization, the establishment of a lunar economy and long-term human space flight, and plans to pursue a master’s degree in space resources at Mines. “Made in Space has payloads exploring 3D printing on the International Space Station, such as one that can print a boom in space,” she said. “I’m also interested in the mechanics of materials and how they work in microgravity.”

It won’t be Thomas’ first stint in industry—she’s finishing up a co-op this semester with Sierra Nevada Corporation in Wisconsin, where she’s been working on internal research and development. The company’s smaller projects include growing plants on the International Space Station and inflatable human habitats.

This summer, Thomas will be paired with two senior mentors—one at her host company and another elsewhere in the industry. The pool includes astronauts, CEOs, journalists and government officials. “It could be anyone,” Thomas said, “along with the entire group of previous fellows who are already doing some really awesome things.”

All 40 Brooke Owens fellows will also gather for a three-day summit in Washington, D.C., that will include team projects, mentoring sessions and private Q&A sessions with industry leaders. “It’s going to be a pretty hectic time, but it will be really cool networking and meeting new people and seeing the latest developments in aerospace,” Thomas said.

“I’ve always wanted to do things people told me I couldn’t do,” Thomas said, explaining her motivation for pursuing engineering and aerospace. She had few mentors in science in high school—or even women teachers—so she hopes to be an advocate as she advances her own career.

“At Mines, the president of American Institute of Aeronautics and Astronautics chapter is female, so that’s a really cool thing,” Thomas said. “I’m lucky to have female leadership at Mines—it shows you the possibilities, seeing someone super successful who’s like you, and helps with navigating things that people generally don’t talk about when interviewing, applying for jobs.”

The Brooke Owens Fellowship was created in 2017 in honor of Dawn Brooke Owens, a pilot and space policy expert who worked with NASA, the Federal Aviation Administration and the White House. Its founders were three close friends of Owens who hold senior positions in the aerospace industry. Fellows are chosen based on their talent, experience, commitment to service and creativity. 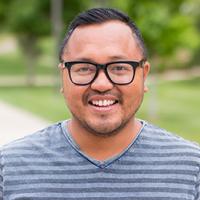 Managing Editor
(303) 273-3088
ramirez@mines.edu
About Mines
Colorado School of Mines is a public research university focused on science and engineering, where students and faculty together address the great challenges society faces today - particularly those related to the Earth, energy and the environment.