A student team from Colorado School of Mines has qualified for the finals of the NASA Mars Ice Challenge for the second year in a row.

Team MINERS, short for Martian Ice New-age Extraction and Recovery System, will be one of 10 collegiate teams facing off in the on-site technology demonstration and water extraction competition at NASA Langley Research Center on June 6-8.

“After Mines’ strong showing at the NASA Mars Ice Challenge last year, we are extremely excited to be selected a second time to put our new ice-water extraction design to the test at the 2018 competition,” said Angel Abbud-Madrid, director of the Center for Space Resources at Mines and research associate professor in mechanical engineering.

In 2017, Mines placed second in the competition and was one of only two teams to successfully collect water.

Like their predecessors, Team MINERS will use an auger to drill through the soil, but then they plan to deploy a heat probe to melt the ice and a pump to extract the liquid water. Currently, the team is the midst of testing and prototyping, Baker said, with automating the system posing some of the biggest challenges so far.

“If we send human missions to Mars for research purposes, it’s going to be really helpful to be able to use the resources that are already there, rather than carry every single thing for humans to survive,” Coleman said.

The Mars Ice Challenge is a special edition of NASA’s Revolutionary Aerospace Systems Concepts – Academic Linkage (RASC-AL), a series of university-level engineering design competitions sponsored by NASA and managed by the National Institute of Aerospace to engage students and faculty in real-world aerospace work.

Capstone Design
Mechanical engineering
Space
Space & Space Resources
Undergraduate
Student Activities
About Mines
Colorado School of Mines is a public research university focused on science and engineering, where students and faculty together address the great challenges society faces today - particularly those related to the Earth, energy and the environment. 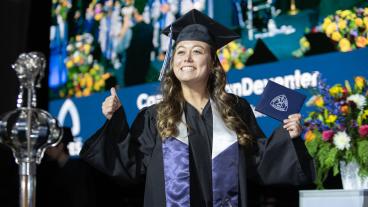