A Colorado School of Mines professor was among the experts who testified before a U.S. House of Representatives committee about private sector exploration of the moon. 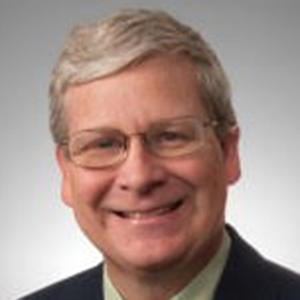 A fellow of the American Institute of Aeronautics and Astronautics, Sowers joined Mines this year after retiring from his position as vice president and chief scientist of United Launch Alliance. While at ULA, his team developed an architecture for fully reusable in-space stages fueled by propellant mined, refined and distributed in space.

“There have been two major economic revolutions in human history: the agricultural revolution of 10,000 years ago which gave birth to human civilization and the industrial revolution of 300 years ago which gave rise to the tremendous increase in human well-being and prosperity we enjoy today. Space resources will be the third major economic revolution and will usher in an era of unprecedented prosperity and flourishing,” Sowers said in his written testimony. “Furthermore, the development of space resources will enable us to save the Earth as we unchain human progress from the constraints of Earth’s ever diminishing resources.”

“Compared to Earth, the resources available in space are virtually infinite. Consider. The power output of the sun is ten trillion times the entire world’s power consumption. Just one metallic asteroid, 500 meters in diameter, contains more platinum group metals than have ever been mined. Finally, we now know, in large part through the efforts of NASA, that the inner solar system contains abundant quantities of water. If you have water, you have hydrogen and oxygen, which are the most efficient chemical propellants known. Water is the oil of space,” he said.

Faculty
Mechanical engineering
Space
Space & Space Resources
About Mines
Colorado School of Mines is a public research university focused on science and engineering, where students and faculty together address the great challenges society faces today - particularly those related to the Earth, energy and the environment.